Which role has the Islamic State according to the International Law?

The Islamic Caliphate has imposed itself on the international scenery and became one of the main antagonists which the nations, willing or not, the nations have to tackle. For this reason, it is necessary to analyse how the current international law takes in consideration this new political entity and stablishes the power that it might have. In addition, the importance of how the nations have to deal with this new authority must be highlighted, according to the International Order.

The Caliphate, headed by Abu Bakr Al-Baghdadi, is by now an unavoidable presence in the international political scenario. Their role in the Middle East has increasingly influenced the action of the other countries and for this reason, it is important to understand if this new entity can be recognized by the international law and in which way it can be done.  Those decisions will determine how the Nations can relate with the Islamic State.

The International Order provides that to consider an institution as a State, it has to respect determined requirements. The Montevideo Convention, the treaty about the rights and duties of a State signed on 1993, under Article 1 states as unavoidable requirements for a country:

The Caliphate does not respect the above-mentioned statements; their ongoing state of war force them to change territory continuously and in this way, a permanent population and a well-defined territory are hard to determine. Beyond that, the real composition of the Caliphate’s government is still unclear, having risen to international prominence only the would-be Caliph. The Islamic State is not able to be diplomatic and this makes the other Governments consider it as a terrorist movement and not a State.

The States practice regarding to the recognition complies mostly with the principle of legality rather than to effectiveness. There is a paradigmatic example of this new trend in the Declaration concerning the Guidelines about the recognition of new States in the Eastern Europe and in the Soviet Union in 1991: it was established that the new States to be recognized as such, would have to engage in recognizing the founding treaties in the field of human rights, the protection of ethnic and religious minorities, as well as to maintain firm principles such as democracy and the Rechtsstaat (rule of law). the Islamic State has undeniably failed to fulfill these obligations.

It is debatable whether the Caliphate may be classified as insurrectionary movement. Firstly, it is necessary to analyze how it cannot be denied that terrorist actions are carried out by ISIS, as indeed was confirmed by the UN Security Council in its 2170/2014 Resolution. This recognition seems to impact relatively on the classification of Isis as an insurrectionary movement. The Islamic State has indeed risen from the rebellions erupted in the territories of Syria and Iraq. The collapse of these countries has paved the way for the creation of the Caliphate, officially recognized on June 29, 2014 with the proclamation of this new State by Abu Bakr al-Baghdadi.

To characterize it as insurrectionary movement, it is necessary to apply only the criterion of effectiveness. This principle is actually applicable to the situation of Isis, as demonstrated by the control imposed by Isis on the relevant parts of Syria and Iraq, even lacking of an effective recognition of that status by the other warring countries. Nevertheless, it is an insurrectionary group different from the standard definition, considering its impact on those two different States.

This classification is considered crucial to understand which rules of international law can be applied to ISIS and, more specifically, to the conflicts caused by them.

The rebels can indeed reach an agreement and convention with countries that wish to stablish relations with them. Article 3 of the Geneva Conventions is the only one applicable to the internal and insurrectional  conflicts and recognizes the "treaty-making power" to the revolutionary formations.

The fact that an insurgent group concludes an agreement should not be considered an improbable or strange option. Regarding this, it is enough to mention the Agreement between the Government of Nicaragua and the Nicaraguan rebels on March 23, 1988.

The classification of Isis as insurrectional movement is useful to define which international standards are applicable to the conflicts that the Caliphate takes part in. Some of the standards have customary nature, such as those regarding the protection of civilians.It is clear that the Caliphate has not respected these regulations, moreover, it has violated the norms provided in 1954 by the Hague Convention about the protection of cultural property. Thus it is impossible to deny the opportunity to apply the rules about the international humanitarian law and, in particular, the II Protocol added at the Geneva Conventions on the 1949 (Protocol about non-international armed conflicts of 1977). Although the scope of the Protocol concerns only the areas of internal insurgency, considering that the action of Isis reached an important international status, the clash between conventional armies and the Caliphate soldiers has reached an intense degree, which needs the international protection.

It is necessary to analyze, under these considerations presented so far, the legitimacy of the actions of States in conflict against the soldiers of ISIS. From 8 August of the present year, the US forces are launching air raids against the Caliphate stations and recently other countries, such as France, followed the same path. These actions have not received the consent of the Security Council, so as stated in the Chapter VII of the Charter of the United Nations. However, those actions are legitimated from an explicit request of the Iraqi government; considering this point, it is applicable due to the exclusion of the offense based on the consent of the State, which had its territorial integrity jeopardized, according to the Article 20 from the Draft Articles about the State Responsibility (2001).

It is not possible to put forward similar conclusions just from the analysis of the conflict situation in Syria. The Middle Eastern country government has accepted any cooperation request from the United States or European countries. Although the UN Security Council has not pronounced yet about the ongoing conflict in Syrian territory, in the Resolution 2170 it have defined terrorism as "one of the most serious threats to peace and international security" (paragraph 1). The terrorist act is then defined as a violation of international humanitarian law (paragraph.3). The smart sanctions are measures adopted according to the Article 41 of Chapter VII from the UN Charter, which were designed to prevent the activities of people identified as members of Islamic terrorist organizations. Such sanctions are characterized as instruments against those people, such freezing of assets or prohibition on leaving the country. The Security Council has also recommended, through a non-binding measure, the Member Countries to not supply arms to countries involved in the above-mentioned conflicts.

The lack of authorization to military interventions in Iraq and Syria revives the debate about the legitimacy of the actions in sovereign territories not proactively ratified by UNO. This doctrine becomes day by day a majority and the "casual" use of these measures seems lead to the concept of R2P, or responsibility to protect a legitimation of such interventions, which has the purpose of safeguarding and protecting the human rights. Only for these purposes, an infringement of the Article 2.4 can be allowed.  This Article prohibits the use of force in the international relations, from a point of view of safeguarding human and civil rights. In case of inaction of the International Organizations, which are often paralyzed by the opposing political views of each Member State, the latter are responsible to take a concrete action. R2P is actually defined by the International Commission on Intervention and State Sovereignty (ICISS, 2001); On February 2011, the Security Council has used that concept to justify the necessary resolutions in order to protect civilians from the repressive measures taken by the Gaddafi regime in Libya. In the same year, the Resolution 1973, which was also issued for the Libyan events, makes explicit reference to the "responsibility to protect" in the part that it reaffirms "the responsibility of the Libyan authorities" is to protect the Libyan population”. This brief analysis of the principle of R2P demonstrates that it is necessary to conclude that Iran and Syria are clearly no longer able to protect in an effective way their citizens, thus ensuring an adequate protection of human rights of the latter.

In conclusion, it is also undeniable that the principle of R2P, in order to be validly argued, must respect certain criteria such as the principle of precaution and proportionality. Moreover, the prior implementation of every diplomatic effort is required to settle the dispute, event certainly not verifiable in the case in question. The military intervention in Syria should therefore be considered illegitimate in terms of international law. 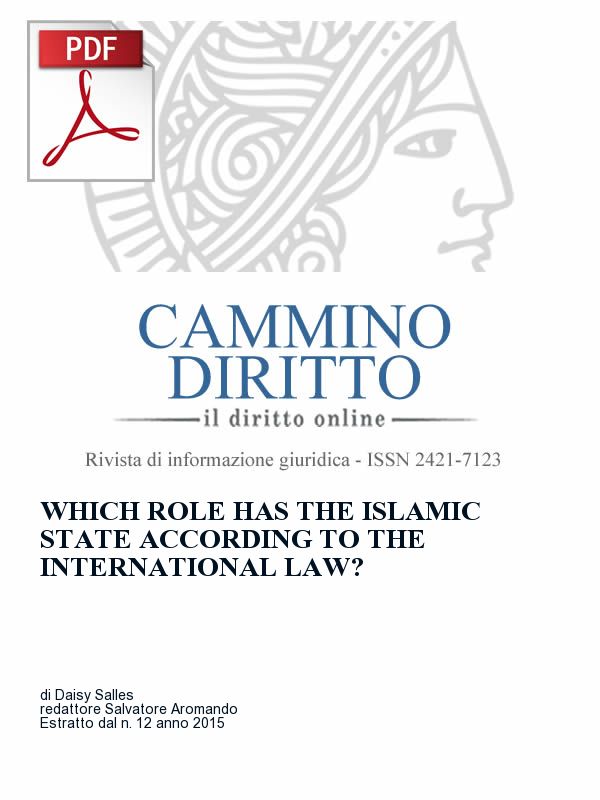 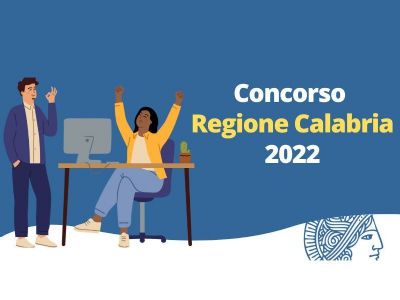 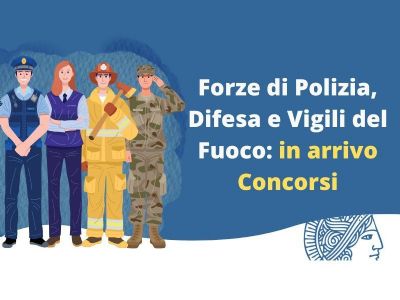 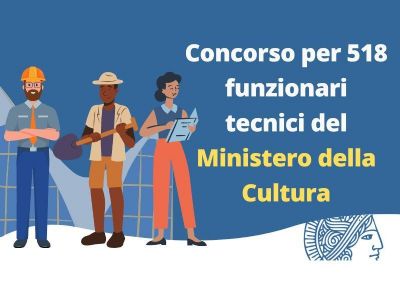 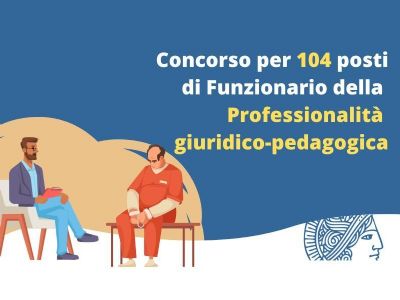 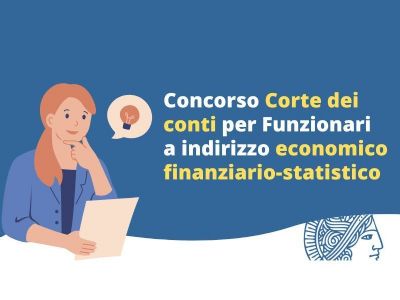 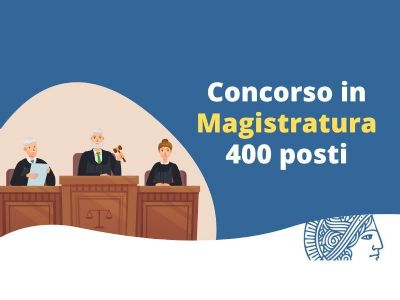