Human rights might still be buried behind the penalty 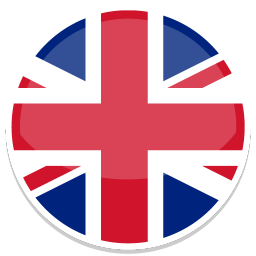 Abstract ENG
«All human beings are born free and equal in dignity and rights». But this doesn´t happen a lot, mostly under certain circumstances. One of these is the prison. Just think that the most common cause of death in prison is disease, often the predictable result of severe overcrowding, malnutrition, unsanitary conditions and lack of medical care. Still too often prisoners human rights take a back seat.

Summary: 1.Introduction; 2. Prohibition of inhuman or degrading treatment of prisoners; 3. The response of the European Court of Human Rights; 4. Mass imprisonment in the world scenario; 5. Conclusion.

The deterioration of the penitentiary system, after a long period of general disinterest, is a topic of considerable significance nowadays. The need to shed light on this issue has become stronger especially after the ruling of the European Court of Human Rights in the Torreggiani and others v. Italy case[1] of 2013, in which the incompatibility between the structural conditions of the Italian prison system and the safeguard of fundamental human rights was sanctioned.

But the question turns out to have deeper roots. Already Voltaire said «Do not let me see your buildings, but your prisons, because they measure the civilization of a nation».

A few centuries later, the Nazi regime would stain itself with practices aimed at reducing the human being to an object fully available for any intervention, manipulation and violation.

Only with the Nuremberg trial such practices have been revealed, causing an impact so great to lead the German Constitution to seal the radical discontinuity with the Nazi regime, the violator of human dignity.

Later in 2000, the Charter of Fundamental Rights of the European Union[2] refers directly to this principle: «human dignity is inviolable. It must be respected and protected», inspired by the Constitutional Charters of the States.

Article 32[3] of the Italian Constitution relating to health, therefore to the body of the person, states: «The law cannot in any case violate the limits imposed by respect for the human person».

2. Prohibition of inhuman or degrading treatment of prisoners

On 20 October 2020, with the Badulescu v. Portugal judgment [4], the European Court of Human Rights further specified the application areas of art. 3 of the ECHR[5], which forbids inhuman or degrading treatments of prisoners.

At the origin of the judicial case, there is Ionut Marian Badulescu, a 39-year-old Romanian citizen, currently detained in Tulcea, Romania.

Regarding this period of imprisonment, Badulescu complained that he was held in overcrowded cells and that he had lived in a limited personal space against his inviolable individual rights.

The applicant, at the same time, complained that the cells of the Portuguese penitentiary were unsanitary, exposed to seasonal temperature fluctuations and lacking adequate protection of the toilet area. The applicant also complained of delay and inadequacy of the dental care he had received during his detention. Finally, he denounced the inadequacy of telephone contacts with his family, limited to five minutes per day.

3. The response of the European Court of Human Rights

The European Court of Human Rights has ordered the acceptance of the appeal brought by Badulescu limited to the complaints relating to the degrading treatment suffered inside the Porto prison.

In fact, the Portuguese penitentiary, in the period in which the applicant had served his judgment, between October 2012 and March 2019, was overcrowded, as results from the data relating to the prison population examined by the Detention Institution and from the European Ombudsman’s report of 20 April 2017.

The logistical and structural dysfunctions of the Portuguese penitentiary resulted in the violation of art. 3 of the ECHR, concretizing a degrading treatment of the applicant.

Finally, Badulescu’s residual defensive complaints were rejected, concerning firstly the inadequacy of medical treatment relating to his dental pathologies, due to the insufficiency of the defensive allegations; then the limited time with which the detainee could communicate by telephone with his family, because absolutely compliant with the indications provided by the European Committee for the Prevention of Torture and Inhuman or Degrading Treatment or Punishment.

4. Mass imprisonment in the world scenario

Such resistance, on the other hand, was not sufficient to avoid a crisis of the inclusive model represented by European social democracies.

The successes of the process that led to mass imprisonment in countries such as Germany, or the Scandinavian countries, underline the importance of the role assumed by individual governments in determining a complete acceptance of the US model or, on the contrary, in setting the necessary barriers.

According to G. Rusche and O. Kirchheimer[7], with an increase in unemployment and an excess of manpower, a tightening of penal control is expected against the mass of desperate people who increasingly show their discomfort through various forms of protest.

In fact, in Greece the impact of the crisis on social dynamics was dramatic and the reaction seems to have taken the most repressive forms.

In many countries, for a long time, the crime alarm and the fear of foreigners have been effective tools in switching the attention to the problems related to the economic crisis and unemployment.

The hatred, as well as the fear, which for a long time accompanied the identification of the public enemy in the migrant, today seem to have changed its target in favor of a general contempt for a political system that has shown itself unable to face the crisis. Infact in the last two years the few attempts to use the “crime alarm”[8] theme as an instrument of electoral consensus have failed, for the benefit of those who have been able to convey consensus in anger towards the political system or in the promises of a relaxation of pressure tax.

One of the direct consequences of overcrowding is suicide[9].

In prisons, the risk of suicidal behavior is high and is often managed through continuous surveillance, the removal of possible improper weapons, staff training, the construction of “anti-suicide” cells, the use of containment systems for individuals in crisis, alarms, locks, railings and security fixtures, which make it more difficult to carry out an act of desperation.

Inmates of all ages, from all backgrounds and in all prisons can commit suicide.

Today, a new consequence of prison overcrowding is COVID-19[10].

It is sad to notice that the dehumanizing and unhealthy environments of prisons have negative effects on the health and well-being of residents and staff.

Outbreaks of COVID-19 have been reported in prisons around the world, in which the population density and turnover of the prison population contribute to an increased risk of contracting the virus compared to the free population.

As a mitigation measure, to reduce the density and the spread of the disease, several jurisdictions have opted for the release of prisoners.

In response to the anger and fear of contracting the virus there have been numerous protests among prisoners and prison evacuation in multiple countries.

Rights disturb, make noise, because they demonstrate the unacceptability of arbitrariness in the exercise of politics that wants to be released from any control of constitutional legitimacy.

In the final version of the Charter of Fundamental Rights of the European Union, in fact, the term “person” has replaced any other subjective reference.

Article 3 of the Charter of Fundamental Rights transforms this set of indications into an unavoidable principle: «Everyone has the right to respect for his or her physical and mental integrity».

The imprisoned body is its negation[11], consisting in the delivery of his/her own body to a logic deeply material, the object of a power that presents itself as needed and which is instead the manifestation of irrelevance, in the prison, of ancient and new principles of legal civilization.

Can a healthy re-education be based on deprivation?

The main focus of this reflection is based not on the identification of the special rights of prisoners, but on the recognition of the fact that they must remain the owners of personal rights.

An exception is represented by those closely linked to the prison condition that must always be measured according to the principles of dignity, integrity of the body and the principle of equality, often violated in prison logic.

The policy of the prison judgment has always had a function of social control of the dangerous classes as opposed to the hard-working ones with a distinction that often leads to the identification of danger with poverty.

Too often jurists construct abstract categories to escape confrontation with reality, but the attitude of a political class that rejects reality and even behaves as if it does not exist is worse, because it is breaking a constitutional duty.

It is important that the idea that human dignity requires protection without admitting exceptions comes more concretely into our culture. 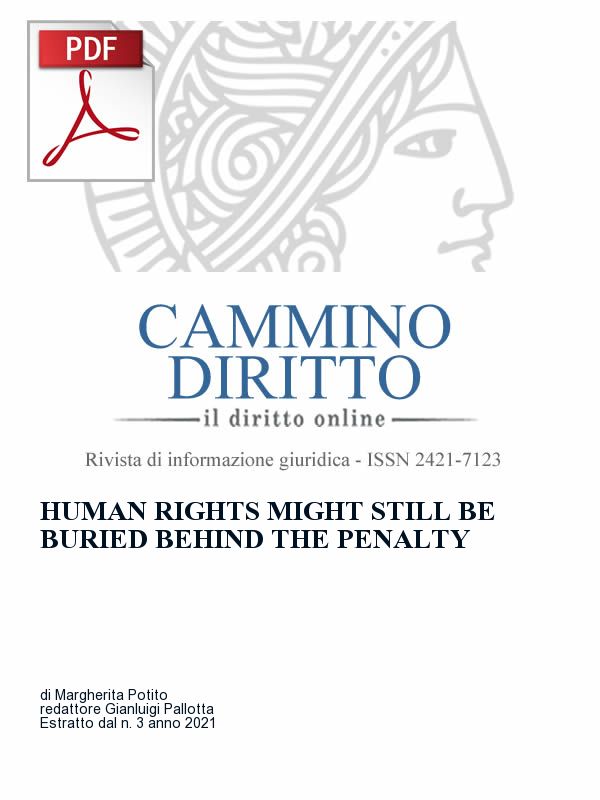 The principle of solidarity in international envir... 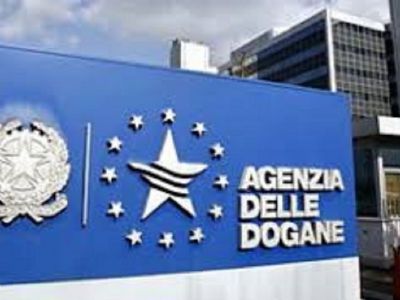 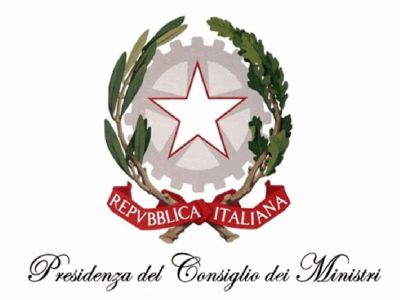 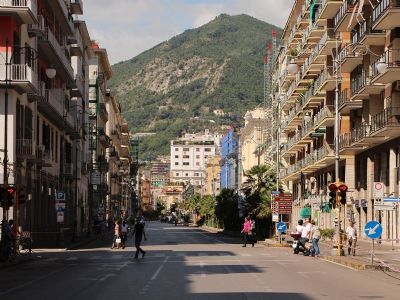 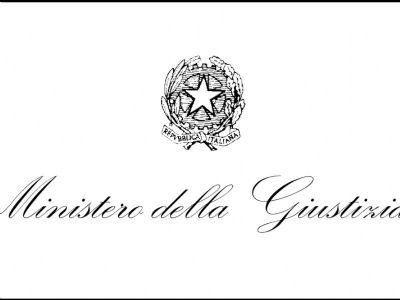 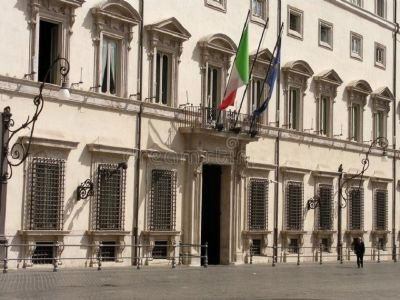 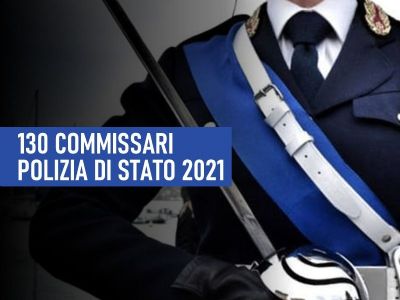